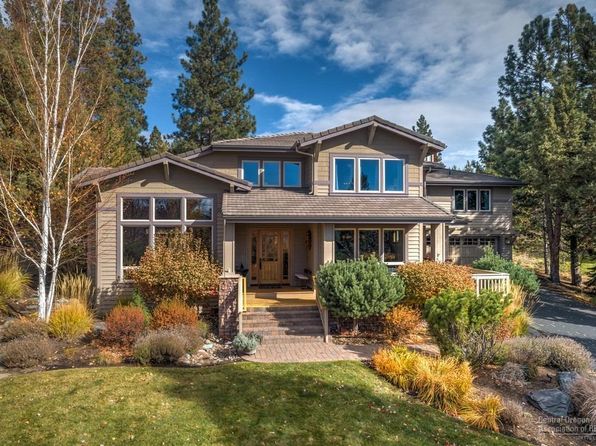 Many people visit Central Oregon every year and fall in love with its spectacular views and acres of untouched land. It’s not a surprise that more and more visitors are investigating the real estate market and moving their lives to the beautiful, untamed and rugged terrain of Central Oregon. If you’re interested in moving to Central Oregon, we’ve collected some information that may help you get the process started. In this home buyers guide, we will offer some helpful ideas on Oregon financing, popular neighborhoods and the main cities in Central Oregon.

Before you make the decision to purchase a home, you must have a way to pay for it. While you can always purchase a home in cash, that’s not an option for many folks. If you have your heart set on picturesque Central Oregon, then it’s important to understand what the state has to offer for potential home buyers! We thought this would be a useful tidbit for anyone seeking to move to Oregon for the first time. Let’s get started!

The Oregon Housing and Community Services (OHCS) organization provides many opportunities to help people purchase their Oregon homes. They offer affordable mortgages, down payment assistance, fixed interest rates that are below the market efficiency line, and more. If you qualify for their help, you can receive grants and reductions that make it possible for you to achieve your dream!

Research the Cities in Central Oregon

If you have a plan for financing the purchase of your home, research the cities in Central Oregon. Whether you prefer to live in a city or in the countryside, you need to know what amenities and services will be around you. In other words, if you choose to live in the countryside, where is the nearest hospital? What schools are in the area? How close is the nearest supermarket?

The main cities in Central Oregon are:

Bend is the most populous city in Central Oregon. It’s the county seat of Deschutes County. The city is situated east of the Cascade Mountains with their white peaks in view where it sits in the transition of the High Desert Region. The Deschutes National Park borders the city, and the Deschutes River flows through the city. In fact, the famous Mt. Bachelor is only a 10 minute drive from the city! Bend started out as a logging town over a century ago, but now it’s known for the numerous outdoor activities such as hiking, fishing, biking, white water rafting and more.

Madras is considered a town to most of the American population, but for residents of Central Oregon, it’s a city. This beautiful town is also known as “The Basin” because it’s nestled within a circular shaped valley. The city has several small airports and two railway companies. It’s only a short 33 miles from the beautiful Mt. Jefferson and is close to many ranches. If you’re looking for a more simple life with wild adventures, Madras offers that. You can enjoy the country life without being completely shut off from the outside world.

Prineville is the county seat of Crook County which is situated just south of Deschutes County. With a population of only 9,000 people, Prineville sits in a county that is extremely rural and full of nature adventures. Prineville is only a few minutes west of Ochoco National Forest and also sits in the High Desert Region. Since the city is located on the Crooked River, there’s plenty of fishing to do! There’s also plenty of work available here in the tire industry, tourist industry, social media industry and the Bureau of Land Management and Forest Service.

Redmond is the second most populous city in Central Oregon. It’s the only city in Central Oregon that has a commercial airport. Interestingly, the Redmond Spokesman is the oldest business in town! It’s the local newspaper that citizens enjoy on a daily basis. Who needs social media when you can just read the local newspaper? Everyone in the area enjoys the Redmond Caves and the lava tube system associated with it. Located in Deschutes County, northeast from Bend, Redmond sits between the Ochoco National Forest and the Willamette National Forest. If you decide to settle down in Redmond, you’re never far from country life, beautiful scenery and amazing Sunday drives!

Sisters is located in Deschutes County just west of Bend. It’s name comes from the famous Three Sisters mountains that are located minutes away from the town. With a population of 2,000, you can enjoy the benefits of small town life while not being far from the big city of Bend. Sitting on the border of the Willamette National Forest and the Deschutes National Forest, it’s a picturesque place to live with plenty of hiking, biking, fishing, camping and more! In fact, Sisters is the headquarters for the Deschutes National Forest. Even better? Their local newspaper has the cutest name! The Nugget Newspaper. Time to leave social media behind and enjoy that wild Central Oregon life!

Now that we’ve covered the basics of the main cities in Central Oregon, it’s time for you to check out the local neighborhoods and communities for your perfect home in the High Desert Region. Whether you’re desiring the private communities in the city of Bend such as the Northwest Crossing, North Rim or Mountain High or the more rural feel of the Coyote Springs community in Sisters, Central Oregon is waiting for you! Be sure to check out the financing opportunities with the Oregon Housing and Community Services (OHCS) and start building your plan for making the greatest move of your life. As we always say, where there's a will, there's a way! And there's plenty of experiences to be had, adventures to embark on and life to be lived!