Homes for Sale In Astoria Oregon

Included below are homes for sale in Astoria. If you would like more information on any of these Astoria real estate listings, just click the "Request More Information" button when viewing the details of that property. We can provide you with disclosures, past sales history, dates and prices of homes recently sold nearby, and more.

And, if you haven't already, be sure to register for a free account so that you can receive email alerts whenever new Astoria listings come on the market.

The Broker providing these data believes them to be correct, but advises interested parties to confirm them before relying on them in a purchase decision. Information deemed reliable but is not guaranteed.
Coastal Communities

Real estate in Astoria has been booming over the last 10 years. Families coming from all over looking for a great place to settle down and raise a family. With over 200 years of history (read below) and great food to boot. If you love seafood, here are some of the best seafood spots to eat at in Astoria. With plenty of trees and outdoor activities, it is a big draw for the outdoor adventurer while still only an hour and a half away from Portland.

With homes starting around $250,000 and going all the way up to $1,500.000 there is a wide selection to choose from. Pleanty of schools that are all close to the main housing areas. Want a farm? The outskirts of Astoria has plenty of opportunity to spread out and buy some land to work on.

A jewel of the great Pacific Northwest, Astoria, Oregon, captured the interest of one of America’s most notable citizens. Drawn to its natural resources and location on the Columbia where it met the Pacific Ocean, John Jacob Astor of New York envisioned its potential. A German immigrant who eventually became America’s wealthiest man, Astor developed the fur trade to start building his fortune.

A few years after Lewis and Clark built Fort Clatsop near present-day Astoria in 1805, the crew of an Astor ship founded the first permanent settlement by the U.S. west of the Rocky Mountains. When their expedition began its return eastward in early 1806, they left the shelter of the fort that protected them for four months. Then, in appreciation for the kind hospitality of the Clatsop Indians, they gave the fort to the Clatsop chief.

The 1820s – 1840s produced the search for soft gold. Fur traders created fortunes from beaver, otter and other fine furs for the world market. Traders provided documentation of western geography with maps and reports of living conditions. The protection and lodging that artists and scientists received at remote trading posts created knowledge of Native Nations and the natural history of the area.

The depletion of the beaver population in Europe allowed American pelts to flood the market. Beaver hats defined a person’s profession, social position and wealth. The highly valued hats passed from father to son as family heirlooms.

Discovering Salmon in the Columbia

A new boom in Astoria arrived in the late 1800s when canned salmon provided a way to preserve and transport the delicacy across the country and around the world. Navigating the entrance to the Columbia posed many hazards, however. Noted explorers like Cook and Vancouver tried to find its mouth, and John Meares decided it did not exist.

The fast flow of the river as it collided with the Pacific created treacherous sandbars and waves. In addition, high winds and extreme fog created conditions that made entry one of the most dangerous in the world. A Chinook leader, Concomly, piloted vessels over the treacherous entrance to the river. Later, Captain George Flavel found a lucrative career in guiding vessels across the bar after becoming one of the first licensed pilots. The turbulent waters of the Columbia Bar have sunk thousands of ships.

The Flavel Mansion that expert craftsmen built for him in 1885 still stands as a symbol of his great success. As the Flavel House Museum, it welcomes visitors to enjoy a view of bygone days in Astoria. Captain Flavel took great risks in the perilous task of guiding vessels into the mouth of the mighty Columbia.

As a result, he profited handsomely. Investments in real estate and other ventures contributed to the fortune that made him one of the wealthiest and most influential people in Astoria. Ownership of three vessels for 30 years may establish him as more important to Astoria than the town’s namesake. As the Flavel House Museum, Captain Flavel’s retirement home welcomes visitors to enjoy a view of life in Astoria in the 1800s.

The Flavel home at 11,600 square feet fills an entire block in Astoria, built at an estimated cost of $30,000. By modern standards, the amount may seem small. However, in late-1800 Astoria, most upscale homes cost a fraction of it. The Flavel House allows visitors to see how he lived in retirement with his wife and grown daughters for seven years in a community he loved and helped establish.

The Queen Anne-style home has two and a half stories, a rear kitchen in a single story and a distinctive four-story tower. A stained-glass window at the entry welcomes visitors now as it did then to rooms with 14-foot ceilings and inlaid hardwood floors. The family enjoyed entertaining in the first floor's parlor, music room, library and dining room.

A winding staircase built of wood brought to Astonia by steamer from Portland or Seattle leads to five bedrooms with 12-foot ceilings. The tower allowed the family to view the Columbia and the river traffic that he helped establish. Evidence of the elegant style of the home appears in its six fireplaces and hand-carved mantels.

The steep roof, bay windows, wrap-around porch, and moldings above the doors and windows added expense to the construction of the home.

A carriage house provided a space for the family’s buggies, sleigh, horses, tack room and hayloft in addition to the carriage. In its latest incarnation, the carriage house serves the public as a visitor’s center, museum store, exhibits and Clatsop County Historical Society’s administrative offices.

By the mid-1840s, the Oregon Trail began bringing American pioneers into Astoria. James Shively established the first post office west of the Rocky Mountains, and Astoria got its first U.S. Customs house in 1849. The burgeoning salmon industry, shipping and forestry turned Astoria into a late-1800s boom town, rivaling Seattle and San Francisco. In addition, the arrival of immigrants from Europe and China started creating a diverse culture and economy. Early signs of a thriving town included the designation of Astoria as the seat of Clatsop County in 1854. By 1912, the Astonia Electric Company provided streetcars for transportation.

Sourcing Lumber for the Gold Rush

An eyewitness report in the Historic Oregon Newspapers Archives at the University of Oregon Libraries, describes the observations of a young pioneer who worked at the first lumber business on the Columbia in 1843-1844. He recalled that the Hunt Mill cut 3,000 feet of logs per day for men to roll into the mill yard. The mill’s inventory of 100,000 feet of lumber increased in value by about eight times with the discovery of gold in California. 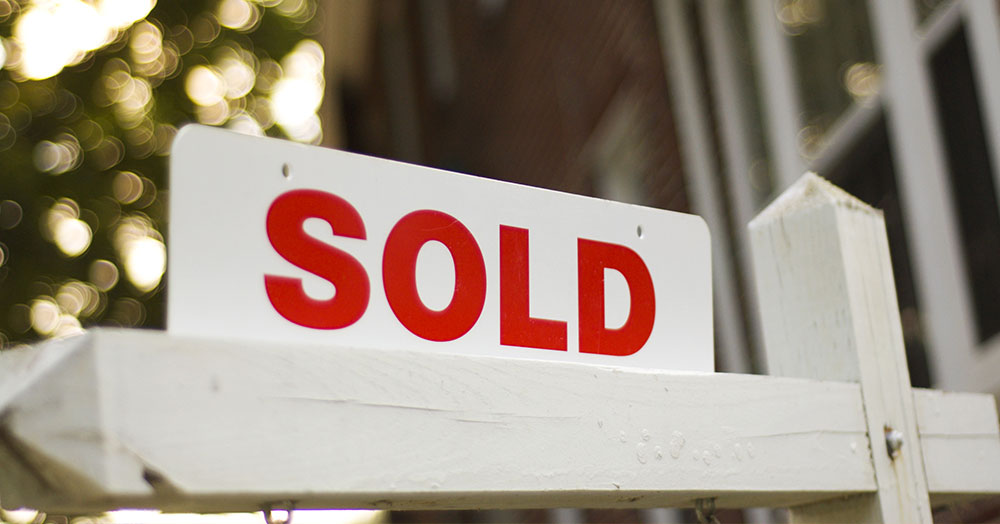 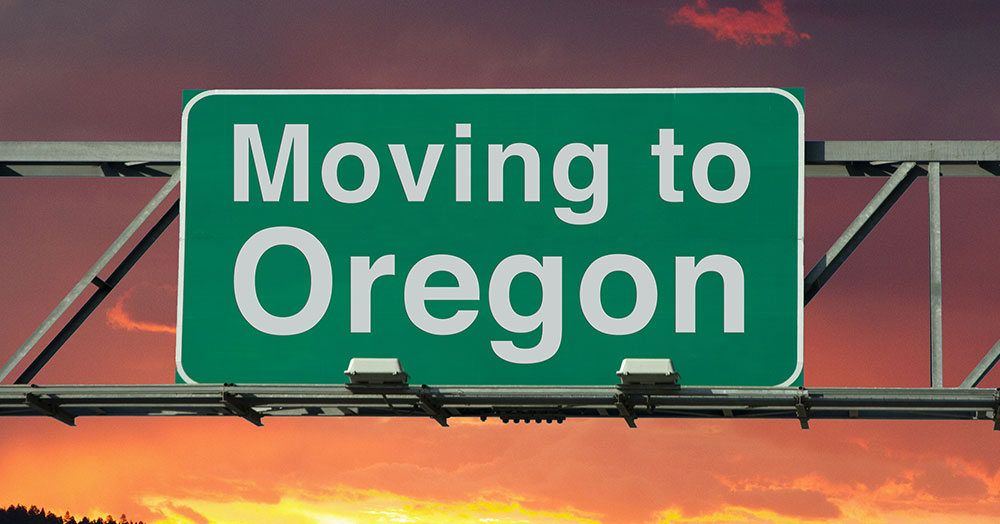 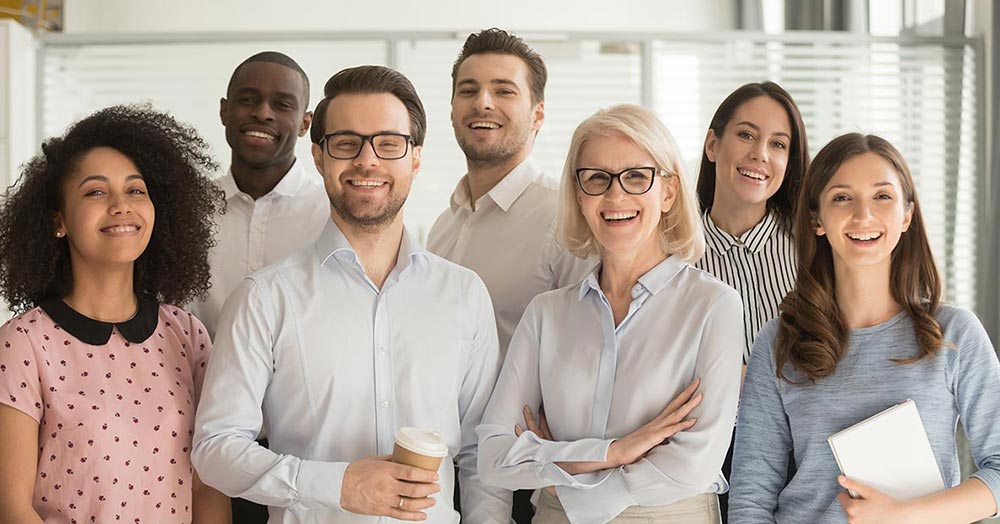 LEARN ABOUT OUR TEAM